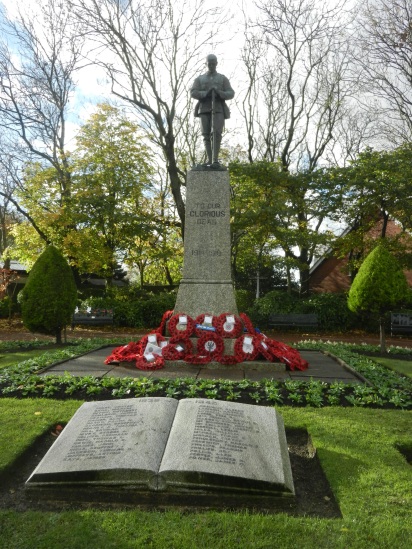 On Remembrance Sunday, the 100th anniversary of the end of WW1, Janet and Judith had the privilege of representing the Thornton-Cleveleys Horticultural Society by joining dignitaries, schools, local groups and businesses in the procession to the Thornton Cenotaph. Whilst it had rained as everyone assembled, it stayed fine for the rest of the service and the sun shone through the trees bathing the ‘fallen soldier’ in a striking light. Janet and Judith were extremely proud to lay a wreath on behalf of the Society. It was very poignant to see so many people showing their respects.